Autronics were contacted by a plastic injection moulding company, who wanted to place RFID tags in their products during the moulding process. Twenty of these miniscule tags needed to be placed into the mould, ideally without interrupting the injection cycle time. As there was only thirty seconds available for this operation, Autronics knew a robot would not be capable of handling such small parts quickly and reliably enough. In addition, the cost of a robotic installation would have exceeded the likely desirable return on investment.

This system accepted the tray of RFID tags as shipped to the customer, and deposited them into the machine. Row by row, it released the tags and, using compressed air, forced them through tubes down into the waiting mould. Including collecting the sprue from the centre of the mould, again using a simple pneumatic gantry and gripper, Autronics measured the cycle time for the machine at 10-12 seconds.

Each tray could service seven moulding cycles, which was approximately fifteen minutes operating time. Autronics then proposed an automated loading system to handle up to sixteen trays, which would in turn provide half a shift of unattended operation. 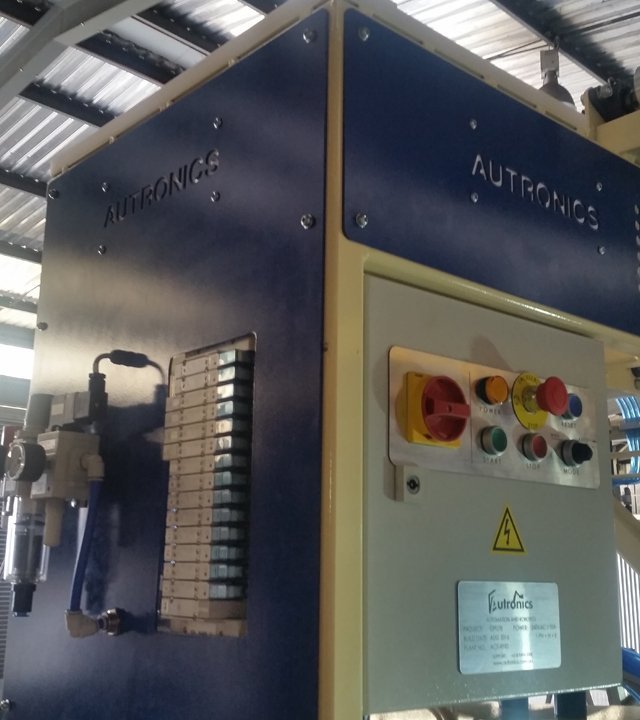